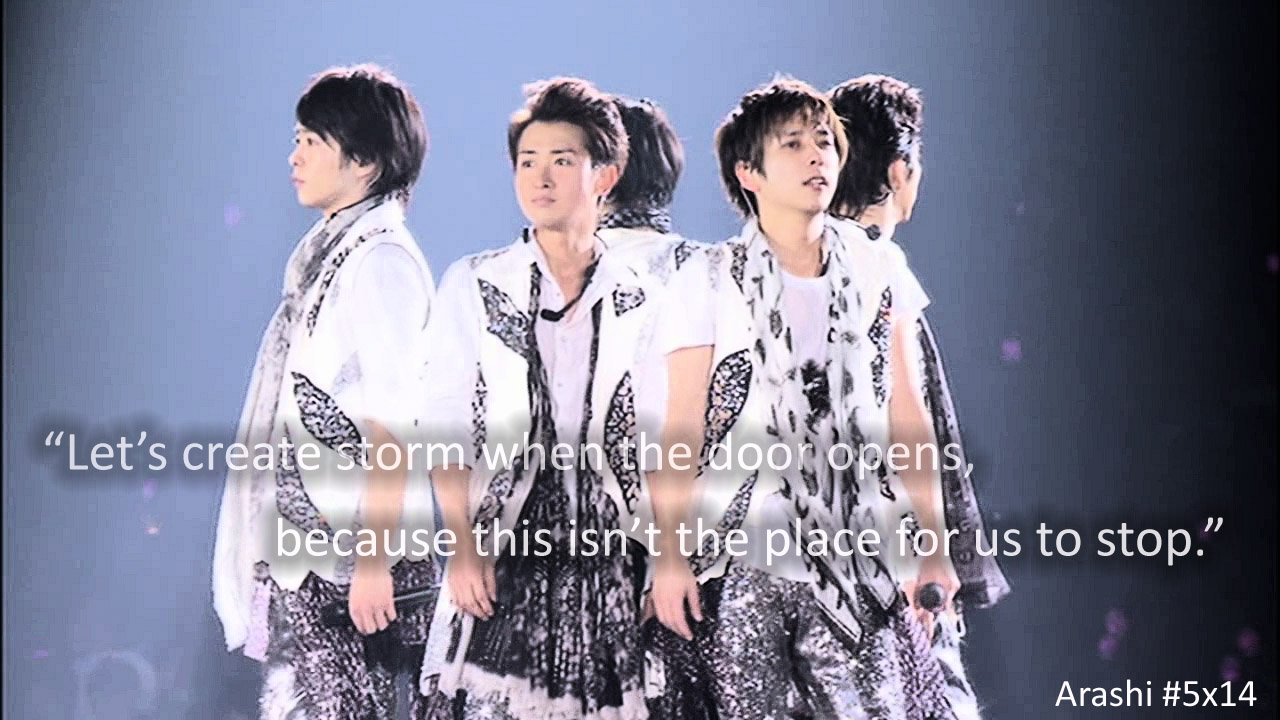 from now on, I want to see them keep on moving forward, because this isn't the place for them to stop, right? (^____^)

Well.. it looks like I've neglected this journal. But, believe me, I don't have any intention to do so. It just too hard to find a good time to post something ... lame excuse, but... nah... (◎_◎;)

I can't believe it, those brat boy man is 30 already (●´∀｀●) and Arashi would be filled with old men in their 30s soon *bricked* xDD

My RL friend, fen-san, made a fanart to celebrate Nino's birthday. I found it really good and artsy, so I asked her if I could share it in my LJ *(*´∀｀*)☆

I really hope I can write more in this journal *sigh*

I was bored and I had nothing to do, so I made this.
This is Date FM featuring all Arashi members, with Nino as the MC.
I haven't listened to all their Radio programs, so I just picked this one randomly. If you have any suggestion (with the translation too, of course) you can tell me.

In this talk, they talked about their training camp and Sho-kun's legendary snoring story. Aiba's choice of words can make people misunderstand (Sakuraiba alert!!). Touching messages came from Miyagi people (they sure are really strong!). What Miyagi people would think when they first heard about Lady Gaga? 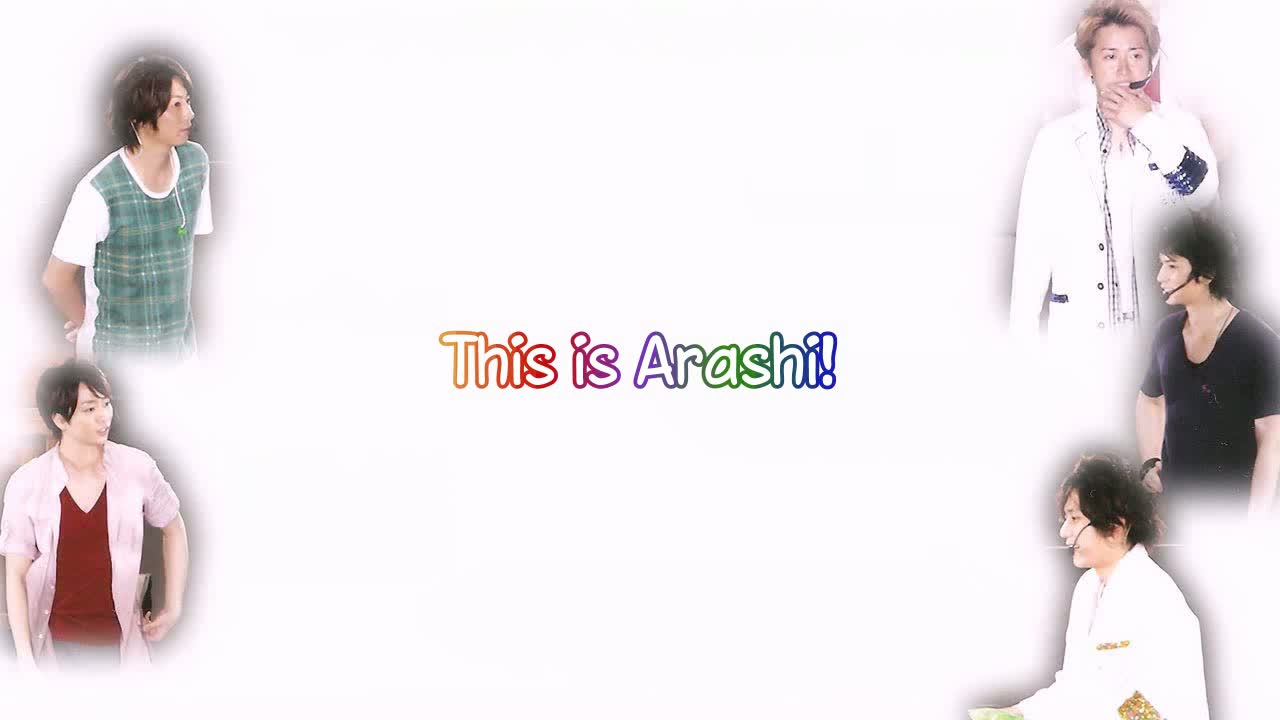 This is a collaboration between

dekkawai !!! xD
This idea came out long time ago, and we decided to make it for Sho-chan’s 31st birthday ^3^

We used Kanjani8’s Tsubusa ni Koi as the storyline, because we agreed that this song will fit SakuMoto’s story perfectly.
But, still, we both are amateurs. We’ve never made fanvid before, so, this is our very first try. It might be not making sense at all, because it filled with our own interpretations.

Long time no post. And when I actually posting, it’s about something which I can’t separate between dream and reality… -_____-“

Well, several hours ago, I spent my day with

dekkawai, and we talked about Jun’s rumour which said he would get married by the end of the year. We also talked about  Arashi’s interview in AraFes and some reviews that said they asked Jun about his ring, Jun answered it with “It’s nothing…” and Sho imitated Jun’s “Kininaru~~”

The problem is: I was sure that I had seen it in a preview before, yet

dekkawai insisted that there's no any preview would show it. Then I searched it in my folders with no results, I tried to look for in any possible download community with no results. In the end, we started to think that I might be dreaming about it.

Half- part of me believe that it might be a dream. But there are several reasons for me to be sure it was real!! (The image of Sho saying 'Kininaruu~~' keep playing in my head O___O)

First reason, I’m quite sure that I didn’t know about Sho’s “kininaruu~” before I watched it. I didn’t read ANY written reviews! So I’m sure the only source for me to know about it is from THAT preview.

Second, I’m sure I talked to my mother (by phone) about it, several days after I watched it. We talked about Jun’s ring and the possibilities about his marriage. And I remember clearly that I said, “… I’ve watched about the interview in one of the previews. And you know, Sho said ‘Kininaruu~’ after Jun was asked about his ring. He’s so cute! *LOL*”. I don’t think that’s a dream either O___Oa  (If it does.... Well, what a long dream I had back then... )

Third, I can recall it CLEARLY in my mind, from what angle the camera took their interview, and the flying ‘Kininaru~’ letters when Sho said it (well, this reason might be not convincing at all *shrug*)

So, can anyone tell me, is there REALLY any review about it…? And where to download it too (IF it really true, of course..)
Or, was I REALLY only dreaming…??!!

Today's July 24th. It has been exactly 2 years since I created this journal!! *throw confetti* xD

2 years ago, right in this spot of my parent's house, I sat in front of my computer and created this journal.
Is it long? Is it short? Well, I don't know myself. All I know, I enjoy every time I spend in this journal and fandom, I enjoy my times with all the 'friends' I made, I enjoy exchange and read all the comments left in this journal ^____^

I’ve started to get bored in my first week holiday, so I tried to make some gifs from some videos  xP
I’m not a good gifs maker, so I’m sorry if they don’t turn out well :D

I just finished my final term exams, so I want to give a little bit update to my neglected journal ^^;a
Actually, I still have a computer programming practical exams next Tuesday. But, nah… xP